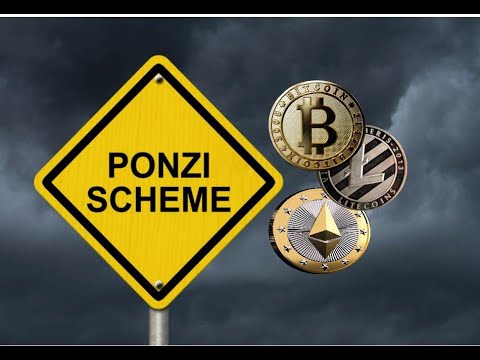 Few spaces are seeing the rapid expansion of interest and inquiry as that for cryptocurrencies and blockchain technology. Over the past ten days, money has been flowing into the cryptocurrency market at an unprecedented rate, cryptocurrency-related terms have been trending on Google, and Coinbase has been one of the more popular apps downloaded. The increase in demand for cryptocurrencies brings an increase in demand for informational resources on blockchain technology and the various aspects of investing in it. Just as multiple exchanges were poorly prepared for the recent influx of new users and crashed, the supply of high-quality, unbiased sources for news, market analysis, and explanation of technologies has been outpaced by the rapid growth in demand.
Websites are often the first resource reached by those looking to learn more about Bitcoin, Ethereum, and blockchain technology. However, a Google search for “cryptocurrency news” only brings up three websites dedicated to cryptocurrency news on the first page. While other sites covering that topic exist, they have not been able to effectively market themselves to ensure visibility. Three websites are far too few for the coming technological and economic revolution, especially if they are owned by investors of high net worth with stakes in various cryptocurrencies. Individual greed combined with lack of competition incentivizes covert bias throughout all material published on the site. While such websites are not subject to the same levels of accusations of bias received by influential individuals, they are not immune; for example, CoinDesk has been accused of censoring comments on their articles. How does one decide whether to trust CoinDesk or those who criticize it?
While websites may be the portal through which early adopters enter the realm of cryptocurrencies to research the technology and investment strategies, mainstream adoption will rely more on multimedia to facilitate the learning process.
Where you shouldn’t be getting news from Hundreds of individuals have posted videos covering cryptocurrencies on YouTube. However, even the broadcasters with substantial numbers of subscribers are prone to criticisms. The more charismatic and entertaining YouTubers often appear to be shilling coins in which they are heavily invested, the most notorious example being Craig Grant and his promotion of BitConnect, a cryptocurrency widely known as a Ponzi scheme in the community. Jerry Banfield, while exceedingly energetic, shamelessly promotes Steem, which he claims he has chosen as his sole cryptocurrency investment. Meanwhile, countless self-proclaimed cryptocurrency “experts” have the medium through which they can deliver bad advice. YouTuber Tyler Swope of Chico Crypto Consultants promoted well-known scam Confido less than two weeks before it tanked. While evidence of it being a scam was present prior to his video, apparently he did not find it. Whether these broadcasters can be trusted or not is questioned frequently being asked by their audiences. In the end, individuals cannot provide the same level of quality as an organization can. Even the strongest cryptocurrency YouTubers could benefit from collaborating with others as part of something bigger.
Where you should be getting news from Cryptocurrency news and investment advice is best compiled and delivered through a group of people or organization to avoid the pitfalls facing individuals, as well as to best cover and assess the plethora of information out there. The number of cryptocurrencies has more than doubled in the past year, and the space will continue to experience expansion at an exponential rate as mainstream adoption progresses. The number one piece of investment advice prescribed by those in the space is “do your own research.” However, another oft-advised practice is to diversify. Ameer Rosic, one of the most trusted individual YouTubers out there, advocates spending roughly 40 hours reviewing a whitepaper as one step in the decision process to invest in a cryptocurrency. However, diversifying becomes difficult for the average person if every single investment requires 40+ hours of research. Investors are in dire need of an organization they can trust to do proper research and present an unbiased assessment of the various cryptocurrencies out there.
CryptoSphere News hopes to fix this problem. As the cryptocurrency markets continue to gain in popularity around the globe, investing in them remains very ‘underground’. There is no current existing go to news source for high-end investors. Rarely can a brand new investor in the crypto-space even learn about the safest wallets to use, let alone which coin offers the highest return. Often times, investors go as far as to hire cryptocurrency experts to give them investing advice. But CSN is a promising new project that aims to be the leader in providing truthful, unbiased cryptocurrency market news for investors, CSN will be the first completely independent news source, for the emerging blockchain industries. CSN will be the first news source to provide investigative reporting on cryptocurrency topics; such as uncovering potential scams, reporting on the future of projects, interviews with trusted sources, market updates, breakout alerts, hottest upcoming projects, trading tips, general blockchain technology tips, and so much more. CSN’s greatest strength is found in the synergy of collaboration between individuals with varying areas of interest and expertise within the cryptocurrency space. Currently the team is growing everyday and are working hard to be one of the first of the 3rd parties to be approved on SingularDTV’s Tokit platform. The progress is hard but we are very confident CSN will be approved, and end up as one of the most successful companies launched on tokit. Our website is in development and we will begin publishing news articles in the upcoming weeks! Stay tuned! You can follow more about CSN at https://www.twitter.com/CSphereNews
Medium Article: https://medium.com/@CSNews/the-need-for-news-in-the-fastest-markets-on-the-planet-11a3d7705b32

04-14 08:16 - 'I apologize in advance for the length (and format most likely on this thread), but here are the main points with ALL the sourcing you need to prove this is a total scam: / HISTORY OF FALSE " PARTNERSHIP" WITH CHARITY: / I was...' by /u/TimTayshun removed from /r/Bitcoin within 0-3min

Is Bitcoin A Ponzi Scheme?

It seems like everytime one Bitcoin Ponzi scheme scams away with their investor's money, another one pops up in its place. It's literally like playing a game of Whack-A-Mole. Elderhash follows the ... What Is Ponzi Scheme Learn About Ponzi Scheme This is Sayed Ijaz Ahmad with you here and in this video we will tell you about Ponzi Scheme,please like, share comment and subscribe. What Is ... Is Bitcoin a Ponzi scheme? Let's break down what a Ponzi scheme actually is and compare that to bitcoin. Why Bitcoin Is a Ponzi Scheme with David Heinemeier Hansson - Duration: 52:52. Make More Marbles Recommended for you. 52:52 Ada Video yang menyatakan bahwa Bitcoin adalah skema ponzi. Scam Alert! Hal ini sangat misleading. Skema Ponzi adalah modus investasi palsu yang membayarkan keuntungan kepada investor dari uang ...